Following a day of work and some rest, we resumed our push westward as if it were just the first day, yet with a bit more TAT experience on our resumes. Along the way, we have been trying to document where we visit with pictures and video. Inevitably, this means that we are often waiting on one another. 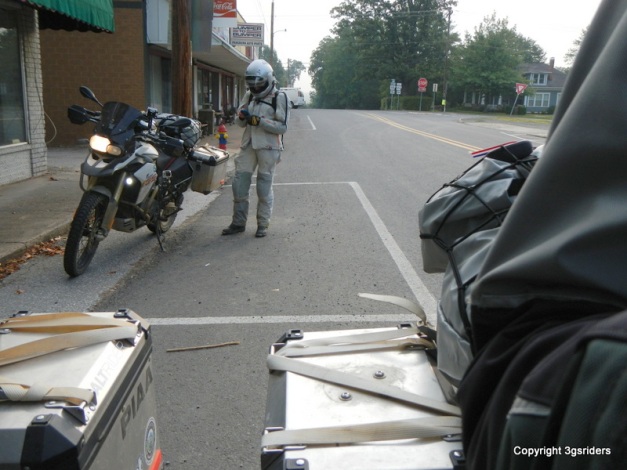 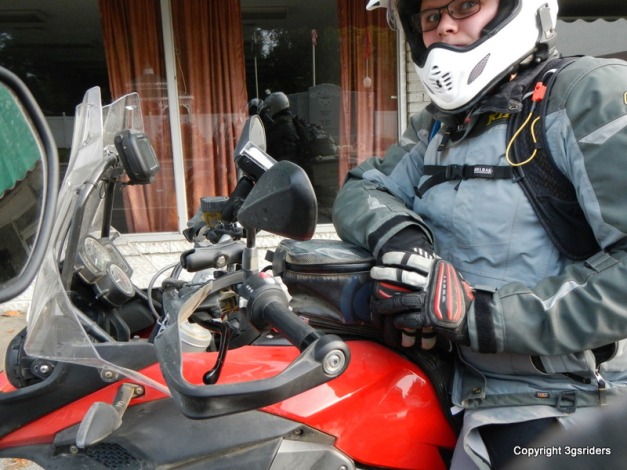 Eastern and Central Arkansas are dominated by farmland influenced dualsport riding. Most of the non-paved roads are rural farm lanes that provide access to homes, grain silos, irrigation pumps, and every other aspect of agriculture most of us can’t identify properly.

As the TAT continues west, it snakes its way through the Ozark Mountains of Arkansas. The TAT ascends and descends tree covered mountains, which are some of the oldest geologic features in the United States.

When we left Searcy, the temperature was already in the upper 70s and the humidity was thick. By the time we reached our highest point of the TAT in Arkansas (~2,000ft AMSL), the temperature had dropped by roughly ten degrees and we were driving in the clouds. 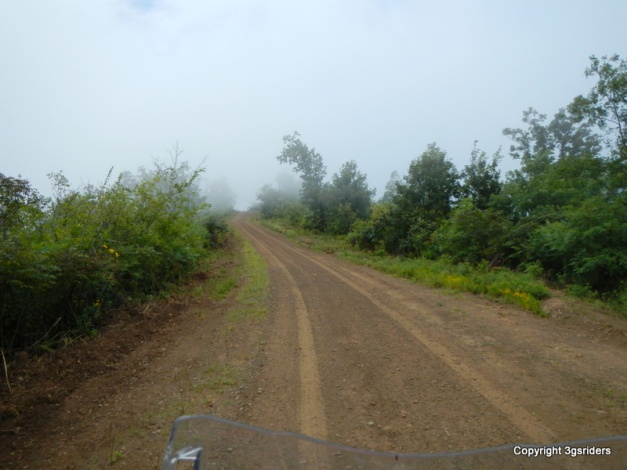 A low pressure system brought the clouds and morning showers. This placed a healthy dose of moisture to the dirt and gravel roads – great when it comes to dust control, lousy when it comes to traction. As such, we increased our level of riding caution to avoid any unexpected bike lifting exercises. We also had one water crossing, which was uneventful, fortunately.

Careful navigation got us through safely to our lunch spot at the Oark General Store and Cafe. We had worked up quite an appetite and found the burgers to meet their reputation for being awesome and the perfect remedy for an empty stomach. Thanks for suggesting we stop, Michael Murray & Ian Schmeisser.

By the end of the day, the skies were a pretty blue and the temperatures had returned to the 90s; the perfect way to end Day 5.