We awoke to beautiful blue skies and sunshine, with Day 2 ahead of us.

During the wee hours of the morning, it dawned on Scott that a return visit to Lynchburg may not take place in the near future, so a visit to the Jack Daniel Distillery better take place first thing.

Our motel was only about half a mile from the little downtown area and Jack Daniel Distillery Visitor Center, which meant walking was an option. Along the way, we grabbed breakfast at the Iron Kettle (the only place open for breakfast) and found ourselves among the locals. After a little thought, this made some sense, as Lynchburg has lots of Bed & Breakfast (B&B) establishments and very few other lodging options. While enjoying breakfast one of the local guys stopped by our table to share a plate of sliced tomatoes he had collected from his garden. We accepted the offer and enjoyed the perfect example of southern hospitality.

Next stop, the Jack Daniel Distillery. We were the first tour group of the day and this was a good thing as several of the buildings were toasty warm as they were carrying out various functions associated with making Jack’s divine spirits. 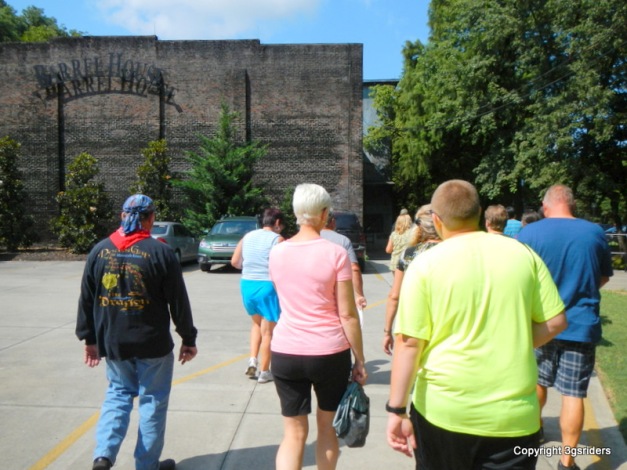 More than an hour later, we finished the tour. Given that we are starting our day with the tour, we opted for the no sampling version. Can’t believe we almost didn’t visit… Rule #3 – Reduce the Opportunity for Regrets.

It was nearly 10:30am, which meant that we’d have to boogie back to the motel to pack things up to meet the 11:00am checkout time and to get ourselves on the road, as well as get another 200 miles under our belts.

Day 1 had five water crossings, which was nothing compared to the fourteen water crossings of Day 2. Videos will do a much better job of illustrating our new techniques for washing the motorcycles!

Madelyn had one spill and through teamwork, her bike was quickly uprighted and ushered across the water by Kendrick. Our techniques are improving, but not nearly perfected.

Throughout the afternoon, we chipped away at the miles and found Tennessee to be quite lovely. Rolling hills, a combination of paved and unpaved roads, and the countryside gives way to pastures that are largely open and grassy covered spaces with either horses or some variety of cattle (Hereford, Black Angus, Red Angus, Guernsey, etc.) . 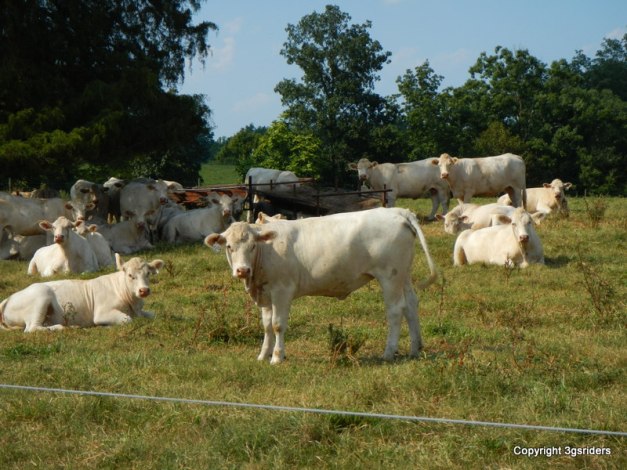 Pockets of history emerge in the form of stone walls and older structures (barns or homes) that have some sort of tale to share. It’s not hard to imagine how difficult this area was for both Union and Confederate soldiers during the Civil War. While not tall in elevation, the hills can be steep, covered in dense vegetation, and frequently have a stream or river that makes travel challenging still today. 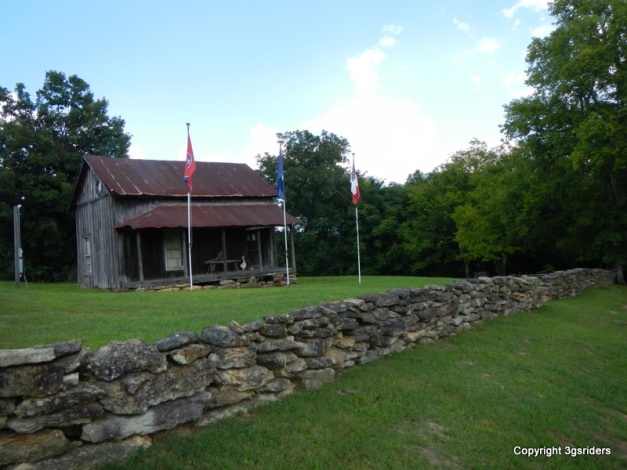 Eventually we reached our objective for the day, Pickwick Landing State Park on the Tennessee River, at 7:40pm. A late start meant a late finish. This was the byproduct of Rule #2, but hopefully not a regular habit during the trip.